Walking on the Tracks

Today I took a walk on the newly renovated High Line on the West side of Manhattan. I noticed it the other week while walking around getting my step count and decided to make time to check it out the following weekend. The second level walking linear park stretches for 1.45 miles connecting Gansevoort Street to 34th. 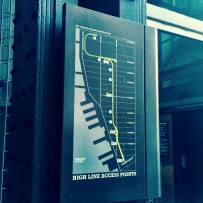 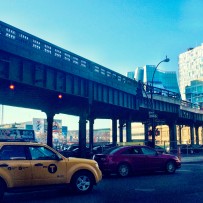 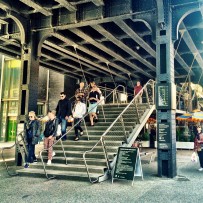 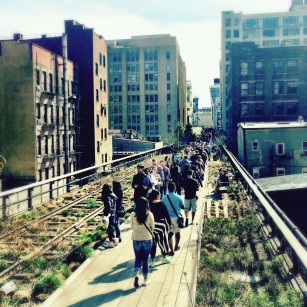 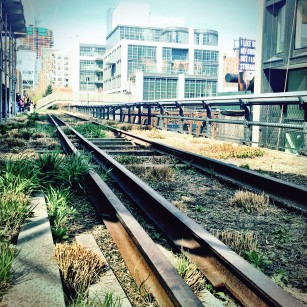 A few interesting historical facts I learned from reading the posters along the way. The High Line was build between 1929 and 1934 to eliminate street level train crossing and to allow for efficient deliveries of products and produce into the warehouses and factories up and down the West Side. The decline of manufacturing in 1950s and 60s decreased the train traffic and the High Line fell into a state of disuse.

The last train rolled down in 1980. After that for nearly two decades it sat unused until in 2002 the commitment was made to convert the High Line into a public park. Between 2009 and 2014 the different phases were completed and open to the public.

As I have learned the other day during the Walking Workshop, the re-development of High Line led to $900MM of real estate investment in the neighborhood displacing a large portion of the population. However, the developers have realized that and have been trying to introduce new public programming to engage local lower income residents. 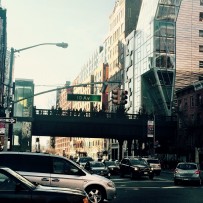 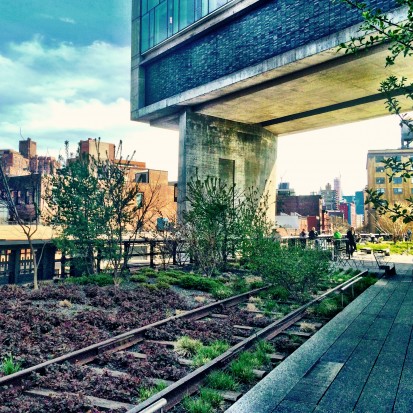 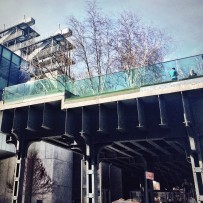 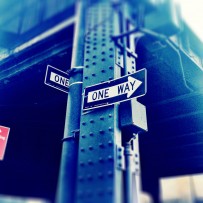 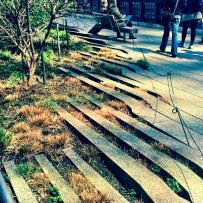 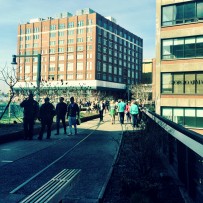 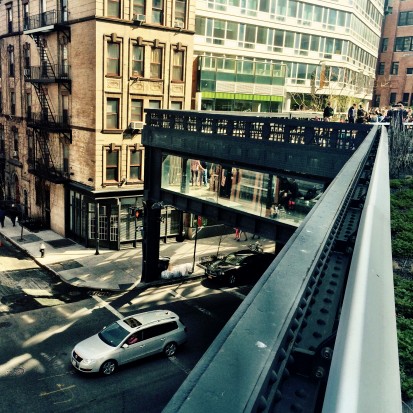 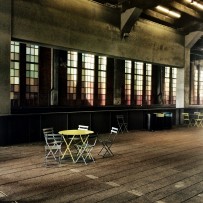 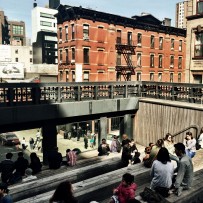